“Ours is a singular student-athlete experience, it’s at the heart of what we do here.”

Jeff Konya was named Northeastern’s 10th athletic director in January of 2018 and since day one he’s focused on an exceptional student-athlete experience within his department.

“The joy of what I do is the interaction with the student-athletes on a daily basis. At Northeastern, it’s unequivocally some of the best people that I’ve ever experienced and it’s just a real joy to work for them and try to give them the best possible experience,” he explained. 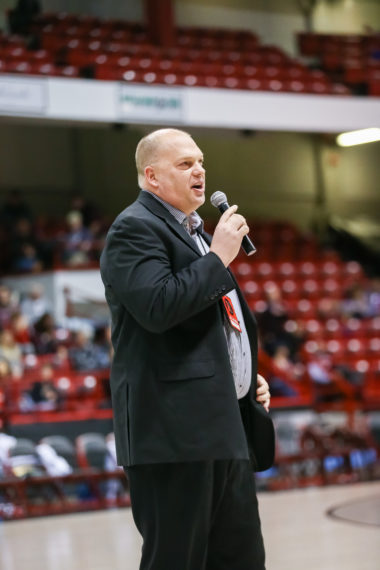 As Konya tells it, the university and his staff are committed to providing four years of international experience with each one of their student-athletes.

“They’re very interested in making themselves into the best version of themselves,” he says of his student-athletes, “not only as athletes but in terms of preparing for life.”

Northeastern’s Huskies Go Global initative helps the departments goal of having all of its student-athletes participate in a global experience during their time on campus.

In addition, Northeastern is a cooperative education school and Konya says that is at the heart of the experience, in fact, his department sees athletics as the ultimate Co-op experience. Northeastern has been a leader in cooperative education; by alternating semesters of academic study with periods of full-time work, students are able to transform work across academic and professional contexts. The things that NU student-athletes learn through their participation in athletics transcends sports, it provides a platform for life.

“We have several experts come in on a wide variety of topics to talk with our student-athletes. We don’t mandate it like some other schools. It’s completely voluntary and they are almost always packed because again these student-athletes are very inquisitive.”

The NU experience takes what’s learned in the classroom and applies it to the playing field, merging science and real-world scenarios. “We’ve brought in something we called an Avatar. What the Avatar does is gives student-athletes a real-time perspective of where they are in terms of their athletic sports performance. After lifting sessions, if they’re maximizing, if they need recovery time, those kinds of things. It describes who’s underperforming and it’s visually displayed so that everybody knows where everybody stands. It’s bringing the science into the realm of trying to achieve a distinct student experience.”

His department also makes sure every athlete has different foundational elements to make their time at NU valuable and unforgettable.

“We have a program called Tegrity which is when the student-athletes are on the road, it’s instantaneous that they can see the lecture and so it’s like they’re living almost virtually in that class and not missing a beat.”

Konya’s approach to leadership is inclusive and collaborative, something he believes serves the student-athletes well.

“We are in a relationship business and stronger bonds that you can build with your staff and key stakeholders is going to bear fruit down the road. At least if everybody understands the perspective of where you’re coming from it’s easier to accept those decisions.” He added, “on a personal level, I was fortunate enough at SMU to go through a professional management certificate course with like CEOs and Fortune 500 leaders. This assessment really told me who I was. The 360-degree analysis that was done on me has really been one of my foundational elements and it told me that my energy lies in the external space.”

That external space has undergone a revolution under Konya’s team. Northeastern Athletics launched a new marketing campaign, #HowlinHuskies, a New Breed is Born! It’s become integral to their success towards meeting their goal of an exceptional student-athlete experience. 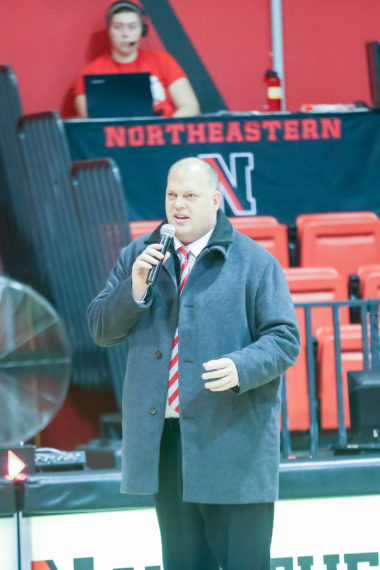 “I don’t really want to waste any time with things that don’t necessarily propel or work toward that vision. We try to do a lot of philosophical kinds of conversations around the table. Could be current events could be something that happened in the industry. Just something that catches people’s interest and says, ‘is there a way that we can learn from this and take advantage of this?’ Howlin’ Huskies was actually born from one of those discussions.”

The Howlin’ Huskies campaign helps to provide these unique opportunities to every student-athlete. Konya explained that the campaign casts a wide net for those donors he calls “joiners” and the department understands their importance to the university.

“I think folks are driven by different aspects of their participation. So, we have to be first-class in everything we do. Whether that’s delivering the benefit structure and making sure that everybody gets what we say, they’re going to get for the different levels, but also following through and having those personal connections with personal stories of the impact that those donations are making on the student side. That can be a personal thank you via the phone or handwritten notes, those kinds of things always make the donor feel better about that kind of giving.”

Konya said the Howlin’ Huskies campaign also unites the donors behind the athletes themselves.

“I think there are a few ways that you can try to bring donors into the space of athletic development. You have the ones who want to leave a legacy, they want to leave their names on the building. They had that affinity to the university. Then you have corporate sponsorship and special events. What I thought was missing at Northeastern is what I call the joiners category, the ones who want to be part of something greater than themselves, the ones that have the passion for the sport. The Howlin’ Huskies was a chance to get in on that opportunity and create some new funding to our teams where they could achieve and work toward our vision.”

Konya has more than two decades of experience in college athletics and worked right away to move forward with his department at NU. Their focus does not stray from that one-of-a-kind NU student-athlete experience.

“We worked with our University leadership and established networks which basically create a distinct student experience method that unleashes networks of pride and engagement. Anything strategically that you do has to tie back to that vision.”

While the upcoming months in collegiate athletics hold quite of bit of uncertainty, what is certain is Jeff Konya’s commitment to driving value and innovation for NU Athletics and its student-athletes.