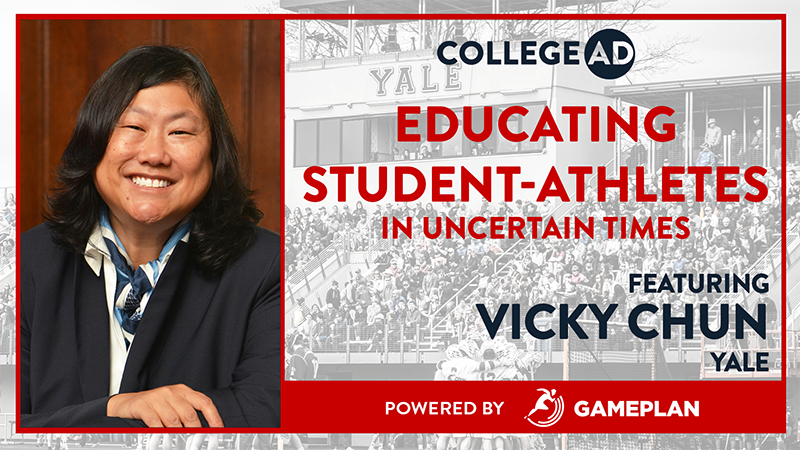 “That is the pressure that I put on myself and the coaches and the staff. I said we cannot go through this and not come out better. We need to be creative. So, what we’ve done is we’ve been incredibly busy preparing for when the students get back. Now whether that’s capital projects, whether that’s organizing our athletic departments so we can provide things that they need, like mental health, everything, every aspect of that, and our own wellness. If we don’t come back better and stronger, then shame on us.” – Vicky Chun 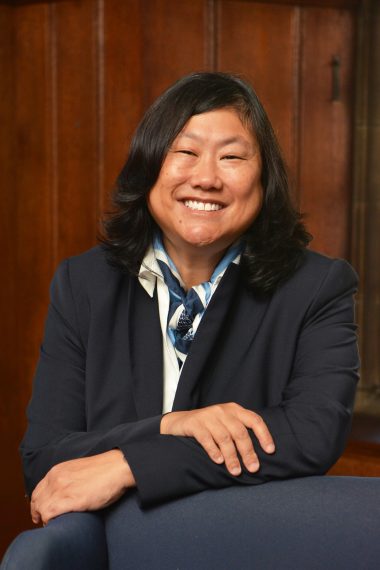 “Why I’m even here as the athletic director at Yale is because I loved my student-athlete experience at Colgate. I loved my experience so much that I learned and I saw so many opportunities to grow beyond just the sport. That’s actually why I transitioned from coaching to administration because I wanted to have more of a role of the overall student-athlete experience for every varsity student-athlete versus the team I was coaching and that has always been important for me and a driver of why I got into intercollegiate athletics. That was my priority, that was our department’s priority when I was at Colgate and now at Yale.”

Making the experience a priority is something she has strived to create at Yale to prepare her student-athletes for society outside of sports.

“I think that is such an important role for student-athletes. Because when they graduate, they will contribute to society and part of their growth happens during their time as a student-athlete. So that’s something that I always feel that and remind our coaches and our staff are we doing everything we can for the student-athlete experience? And I put it out there, I tell them, ‘I want to give you the best experience that you can ever have.’ And it’s been so fruitful because student-athletes are awesome. Their potential is so much beyond playing their sport and being successful at it and getting awesome grades and there’s just a whole side of them that can grow, and I love that athletics can be a part of that growth.”

When Vicky Chun made the transition from Colgate to Yale, she knew the foundation of giving its student-athletes a fantastic experience was already there. She used that foundation as a base and then used her role as athletics director to prioritize forming trust with her athletes.

“For me going in, the student-athlete experience is the number one priority that I have for our athletic department. When you make decisions and what to support, or when you’re listening to student-athletes, and you try to implement the changes that they want to make, that’s when you really, I heard the best way to form trust is to actually do what you say you’re going to do. And so, if I’m putting it out there that it’s about student-athlete experience, myself, my staff we need to come through because we’ll just get called down on it, and then there wouldn’t be any trust. That’s the best part of my job. And I’ve enjoyed that aspect of my job.

But what is it like creating that student-athlete experience at Yale? It’s one thing to prioritize. It’s another thing to utilize the opportunities an Ivy League university possesses. Vicky Chun is using her role to make the most of college for her student-athletes, not only as a leader but as a listener.

“I think the access that you get at Yale University is incredible. What I’ve learned through my time at Yale, and through this pandemic, is that I needed, and my staff needed to spend more time listening to our student-athletes. Sometimes we just get in our roles, and then we go, and then we provide them with a million options, and they don’t have time anyway. And really, it gave us time to listen, and it wasn’t always great. Sometimes it is hard to listen if they don’t feel comfortable with their ethnicity or LGBTQ like we had that opportunity. So, then we can listen and then really help them by giving them things that they want versus what we assume that they need.”

Listening and working with the students has led to the creation of some exceptional accomplishments. Chun talked about what the athletes have done not alongside the staff and with her, but on their own. That’s what creating trust can accomplish in an athletic department. 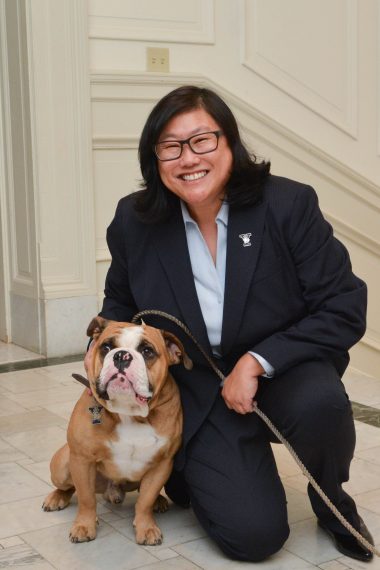 “It has been incredible because even though we’re going through the most challenging thing anyone can go through, the student-athletes have, they’ve created a – mental wellness was a big issue – and they created Why You Matter campaign, and they’re working with our Good Life Center, the happiness course at Yale, it’s so popular, and in working with our student-athletes they created Yale Bulldog for Change. I mean, they’re actually going out there and doing this and investing in it, and we’re there to help them, but they’re providing the leadership role.”

A part of every athletic department is the AD and the staff. But coaches are a part of this staff and the pandemic has affected them just as much as it has affected everyone else. Vicky Chun discussed how the coaches have been through all of this and their role in making Yale thrive without games.

“They have been great. You know, they’ve had to pivot, too, so a lot of their conversations. They’re not revolving around, pre-or post-game meals. They can focus and listen to their players and get to know them at a very different level. And I didn’t realize how important that was to our student-athletes. For people to get to know them beyond their number, their stats, their GPA, and their major. Everyone’s going through quite a bit. And so, I’m glad that our coaches have been there for them. And it’s a different pivot. And I think they’ve been terrific with them.”

And what about outside the athletic department? The foundation within the department is strong in prioritizing the student-athlete experience. But with the pandemic and so many people’s pockets in the sports industry and outside being hit hard, Chun said the support from the alums has been unwavering.

Rather than reach out and ask for money from the usual fundraisers to the Bulldog Athletic Department, Chun and her staff reached out just to ask how people were doing. That led to a big fundraising year because the mission of creating a great student-athlete experience extends beyond the walls.

“Overwhelmingly, it was about them saying what do you need? And if it’s money, okay, if it’s not, if I can be of a resource? It was incredible. I’m willing to do anything for them, but none of them asked in terms of that, and in fact, without making an ask, I think we have raised more money and have had more contacts with alums than ever before. It’s pretty remarkable. I did not expect that at all.”

The Ivy League was one of the first conferences to cancel its men’s basketball tournament last March. It preceded to cancel all fall and winter sports. It has been a constant struggle for the Yale athletic department to keep things on track, but Vicky Chun is ready for whenever the games return. 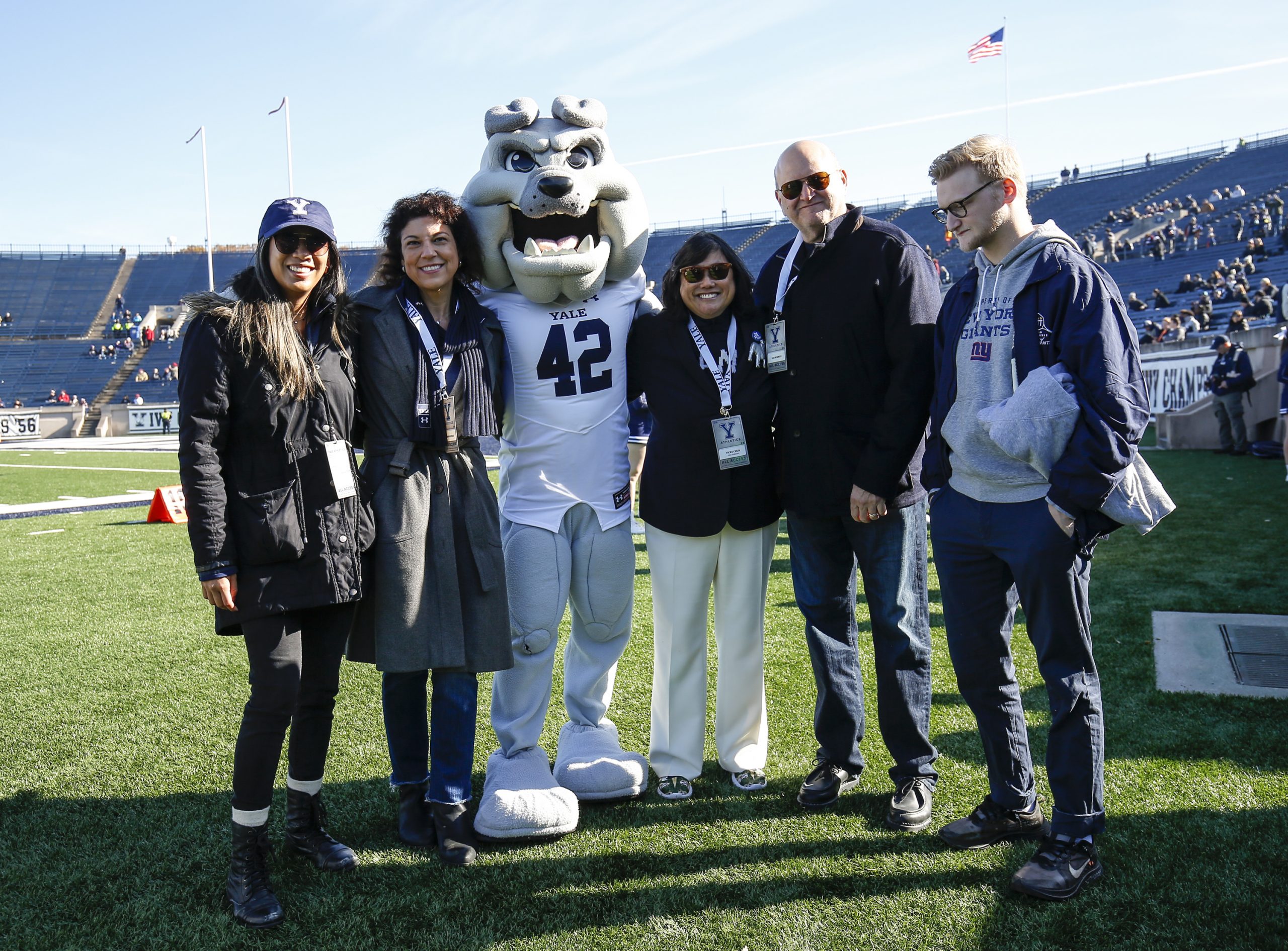 “When you’re in sports, all we do is plan and all we do is prepare and we work within a team environment. COVID took that all away. I respect what our presidents decide, but we are ready with whatever decision they have. So, once they give us the go, we’re going. I have about over 100 different plans of how we can do things. And it was good that we were able to have students on campus. So, we created a training protocol, and I’m very confident that we can create our own bubble and student-athletes can train safely.

“This is why we are athletic directors; to compete and lead and we’re active people. This not being as active has been, personally, very difficult for me. And professionally, it’s just, it’s heartbreaking. But I would say everyone’s miserable. And we’re just trying to get through, and I do appreciate our coaches, staff, and student-athletes. They understand that for the most part. I will never forget it because it can go either way. After all, the whole world is just topsy turvy right now.”

With COVID-19 vaccines slowly rolling out, the end of this pandemic seems closer than it has at any other point. Vicky Chun and her staff have worked tirelessly to keep progress moving forward. So, what will she look back on when all of this is over and say, ‘Gosh, we really knocked it out of the park’?

“That is the pressure that I put on myself and the coaches and the staff. I said we can not go through this and not come out better. We need to be creative. So, what we’ve done is been incredibly busy preparing for when the students get back. Now whether that is capital projects, whether that is organizing our athletic departments so we can provide things that they need, like mental health, everything, every aspect of that, and our own wellness. If we don’t come back better and stronger, then shame on us. Right? Shame on us. And so that is what gets me up.

“It’s like sometimes it’s so hard for me to get up in the morning because I’m like, ‘Where are we? This is day whatever. We have no games.’ And what gets me going is that Vicky, after all of this, when it is over, and it will end, that we know, if we don’t have anything to show for it, like, seriously, that’s just awful. This is something where there are a lot of things that I’m proud of. Most especially with the active role that our student-athletes have played from all over the world.”