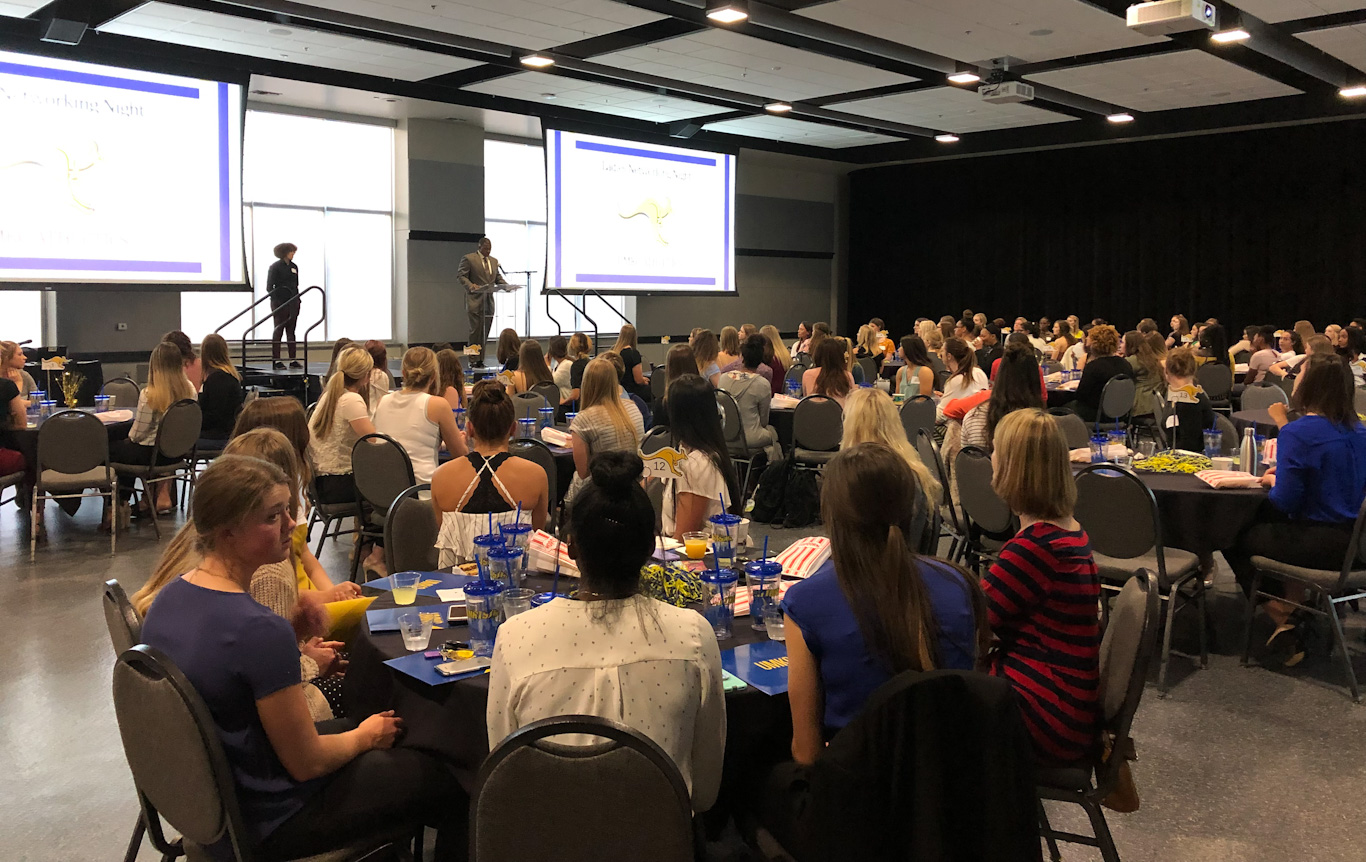 “We are fortunate, in Kansas City, to have a such a diverse and professional landscape. We have entrepreneurs, big companies, so we wanted to capitalize on our great city and connect them with our student-athletes.” – Ursula Gurney, UMKC Deputy Director of Athletics and Senior Woman Administrator.

UMKC is working overtime to provide support for student-athletes and prepare them for life after graduation. This past month, professionals from all over the Kansas City met with female student-athletes for UMKC Ladies Networking Night.

“There’s unique pieces to each gender, and we wanted to make sure we are capitalizing on the uniqueness of each gender, to do the best service possible to each gender, explains Gurney. “It’s the same staff producing similar activities but different topics come out because of the gender. So, for the males there’s a lot of how do you transition after sports, for females a lot of the topics derive from mentorship and how to kick that glass ceiling. We find that the discussions tend to be very free flowing with their male and female cohorts.”

This is the third UMKC Ladies Networking Night. The male athletes have had two networking nights with another to follow next year. Gurney says these Networking Nights are crucial to their mission.

“This is a unique way to provide our student-athletes a way to connect with professionals in a non-traditional career setting. We didn’t want a night of speed interviewing. We wanted to make it about the bigger picture, their career path.” 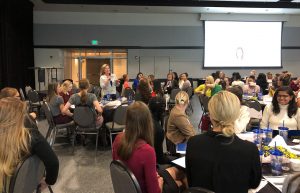 For this year’s UMKC Ladies Networking Night, over 25 successful female professionals from diverse fields including medicine, engineering, communications, social work, and business attended the event to share their valuable perspective with over 140 female student-athletes.

Gurney says that both the male and female Networking Nights have a similar goal, which is to prepare student-athletes for life after college. But the unique format provides extra opportunities for both genders.

“This is about mentorship, life after sports, about genders connecting,” Gurney tells College AD. “With the female one, there’s a lot about the glass ceiling and working in male-dominated industries. And also, in the male one, finding a mentor and what does that look like. We wanted to find a unique perspective for them.”

She further explains to do the Networking Nights well, with their staff size, they focus on opposite genders every other year. The goal of the event for them is to learn as much as they can from the successful female and female individuals that attend. This year, the professionals shared their experiences, advice, hardships, successes, and realities of being a female in the workplace.

“This has been our best-received event, and that saying a lot because when you make an event mandatory for 18 to 23-year-olds, they may not like it, but this is our best-received event,” says Gurney. “Everyone comes with positive attitudes, they come in business attire and with their resume. There’s been so much trickle-down feedback. People have gotten jobs from this event.”