“The number one priority for us is to make sure we continue to have student-athlete opportunities. We may have to reduce some of the things that we do, but at the end of the day, we will still offer opportunities to gain this great higher education experience, that’s what we are all about.” – Milton Overton, Kennesaw State

Milton Overton is leading the Kennesaw State athletic department during these unprecedented times; trying to anticipate what awaits student-athletes a few months from now is challenging when day to day life is clouded with uncertainty. 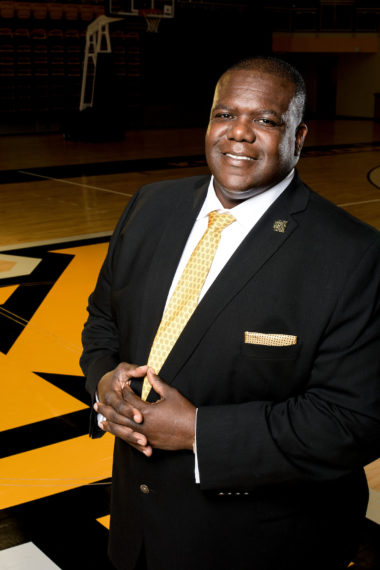 “We are just trying to make fluid, data-driven, decisions at this point in time. You are just completely transparent with any data that you have, you make plans associated with that. We make sure we communicate early and often.”

This strategy of transparency has Overton leaning on his department for creative solutions to problems they’ve never faced before.

“In an uncertain time, if you are at least getting some level of communication and at the same time asking for input and utilizing some of that input to make best in business decisions for your organization, I think you land in a place that may be a bit uncomfortable but is open,” Overton explains. “We’ve focused on communicating and being open about things you don’t know. These days you have to build multiple plans, A, B, C, and D. Let’s hope that we focus on plan A, but you’ve got to be prepared for B, C, and D.”

“It’s been two-way communication. Not long after our students went home, we got on a video call with our SAAC group. They talked about things that were uncomfortable for them. Our first strategy was ‘How are you guys doing? How do you keep safe?’ We were trying to educate as much as possible, and let them know we care about them. Sometimes, what people want most often is to know that you care.”

As for how his student-athletes are doing? The university was able to get a new online education model in place within 72 hours, so they’ve adapted well. In general, the student-athletes have the same concerns as everyone else at this time — health and safety.

“The primary concern of anyone at this point is what’s happening with their family, that’s the primary concern of most of our student-athletes. They are doing what they can to help their families. We are a blue-collar operation, big school with 38,000 students, but still a middle-class operation. ‘Will my parents be able to help me in the fall?’ That’s a question many are asking with so many unemployed. The primary focus is at home. I am really appreciative of the human nature of our student-athletes.”

Milton Overton says it’s second nature for he and his staff to have these types of conversations, it’s what springs naturally from their student-athlete focused atmosphere.

“It’s about investing in them, not just in terms of what they can do on the field for KSU, but what we can do for each other. Our student body president is on our track team, lots of our student-athletes are engaged in student government. I think that’s a huge factor in making sure your campus is interconnected. They also learn their skills in leadership are not just limited to the golf team or track team.”

The culture he and his team have worked to cultivate is one that has spilled over into all aspects of student-athlete life at Kennesaw State.

“I want our folks to be givers, we’ve established a culture of giving,” he says. “Giving of yourself, time, energy, talent, not just of resources. Then, it’s easy to have people follow you. We talk about stadiums — how do we get fans engaged, how do we fill the stands up with people? Well, be engaged, if you show leadership on campus for other initiatives, when you get engaged at that level, then other people understand that you care.”

That culture of giving and ability to push forward through uncertainty is deeply ingrained in Milton Overton’s entrepreneurial background. He was the founder and CEO of Enki System Inc., which provided software solutions for athletic and academic support programs across the country.

“If you think about entrepreneurship, it’s about promoting change in the industry. Right now, similarly, I think we are going through a seismic shift in the collegiate model. If you’ve been an entrepreneur in industry, it doesn’t really scare you. What it means is there will be some challenges, but opportunities as well.”

He is focusing in on those opportunities now, already creating plans for his student-athletes in the new post-pandemic world of college sports, a world that will include name, image, and likeness rights opportunities for college athletes.

“I look forward to the adjustment of the model, I know that’s tough, most people aren’t thinking about it that way. There are going to be some challenges, it might take some time to get past those challenges, but at the end of the day, the model is going to be corrected to allow for these student-athletes to be entrepreneurial and understand the value of the marketplace and be better for it.”

Overton says the buzz around NIL has created a renewed interest in finance and business among his student-athletes.

“When you think about a student in general in college, they don’t have a lot of money, right? So now, ‘wow, I can generate resources on YouTube, I can generate resources in a lot of different ways. What do I do with these resources? Do I just go out and spend them quickly or do I take a portion of those resources and invest them in the long-term?’ Now that you have resources you are interested in a financial education. I know they will be more engaged. We’ve had banks come out and do financial literacy before, but now they are more intrigued because they don’t have to spend another three years to find wealth in the marketplace.”

But it isn’t just NIL that Milton Overton sees changing the landscape of college sports, the post-COVID world will also catapult change and inspire innovation. He sees new revenue opportunities around every corner.

“I think the combinations of sports tech opportunities, as well as what’s happening with COVID, will lead to some non-traditional sports revenue streams.”

For example, sponsored research for concussion prevention, he believes is a “million-dollar opportunity” that the traditional sports revenue model overlooks because that model does not typically include research. 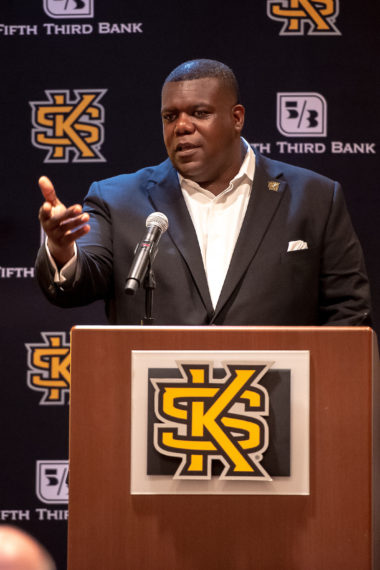 “I think you will see more partnerships to do things like that. Also, in technology, I’m working on a sports simulator, 4D, that allows student-athletes to train in a remote environment, also allows them to get better, reduce injury, improve the long-term viability of their career as an athlete. Being involved in research like that and the development of technology within an athletic department to create those types of opportunities, those can be done with partners.” Overton adds, “These are non-traditional revenue streams that have to come, we’ve got a new model that we have to create. We are going to have to be very innovative with this kind of shift in the model.”

Overton also believes that advertising in college sports could use a shake-up. He hopes new ways of marketing will come to athletic departments across the country to help make up some of the lost revenue.

“Ad partnerships with the NCAA. I’d love to see in the future, Google, Amazon, in a nice way, in some level of advertising. Right now, all you see is the shoe manufacturer. I’m not talking about NASCAR; I’m talking about something that is very classy. Those types of markets have to open up, because if you have advertising restrictions in an environment where budgets are tight and revenue lines are drying up, you have to allow for more outcomes to occur for those institutions that have lost revenue.”

As far as where he hopes the industry goes in the next few years, Milton Overton is optimistic people will make the leap and allow for new ways of thinking about revenue generation, including embracing name, image, and likeness regulations.

“I want a model in three to five years to include revenue streams that protect student-athletes’ opportunities. A financial model that includes the incorporation of student-athletes’ understanding of their brand and value. That we’ve expanded their revenue model. Today that’s hard to say that that can be the case because we are so new into the thought of NIL being a disruptor. To me, it’s not a disruptor, it’s something that going to happen. We’ll put the guardrails up as we need to, but we have to expand our model to a new model that’s fair to our student-athletes. That’s going to breed innovation. In the next 5 years, I’m going to see more student-athlete entrepreneurs.”

He’s embracing the change on the horizon and believes it’s best for his student-athletes and the industry as a whole.

“We can’t be like ostriches with our heads in the ground, this is changing, we’ve got to make sure people can live the American Dream of a college education by having enough revenue to make scholarships happen.”