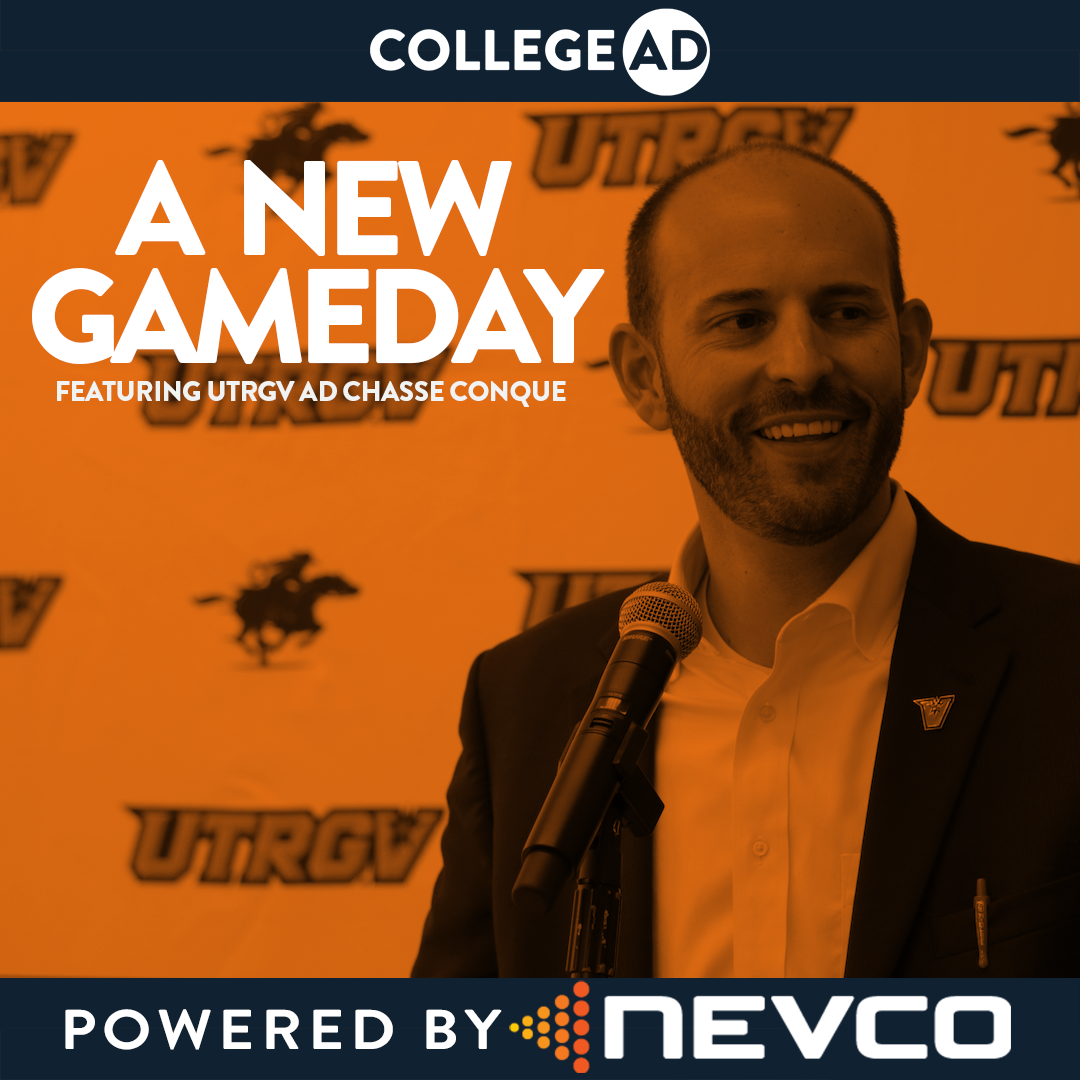 Chasse Conque has been the Director of Athletics at the University of Texas Rio Grande Valley since 2019. He joins us today to talk about the challenges surrounding 2020 and what communication has looked like during this unprecedented time.

Conque started the conversation by saying that 2020 has been “one heck of a year” and it’s certainly presented its fair share of challenges. One challenge has been communication. Chasse Conque explains the normal workflow and communication flow that UTRGV had had pre-COVID certainly changed and intensified. He says the quick style communication started back in March.

He says going back to those days he was meeting with his team at UTRGV two and three times a day and just trying to get through March and April. Conque says they were looking at the path forward and how they could envision a return to campus, how they would facilitate a return to sports, and how they could allow training to continue.

Communication was key every step of the way.

He explains that they’ve embraced new communication forms like social media. Chasse Conque says things were trending that way before the pandemic, but once the crisis hit, those plans hit overdrive. He says his marketing and digital team already had an impressive presence on social media but now that space is at a premium. They had to get creative about how they were engaging fans by putting a face to their student-athletes, coaches, and staff.

He says he sees several things athletic departments can take away from this unusual time, the major one is use of the digital space. While he does not believe it replaces being able to pack venues with fans, it is an opportunity to learn about engaging them in a different way.

Conque says the game days on the horizon look much different than the game days of last season. He explains that a safe environment is what they are striving for first and foremost. In that safe space, they are using different tools to engage fans both in the venue and at home. Chasse Conque believes social media, and media in general, become very important to help fill any gaps.

He believes UTRGV has an opportunity to “really do it the right way.” He sees an opportunity for athletic departments to be leaders and show campus communities, cities, and regions; that it’s possible to cope with a pandemic and not lose an entire identity.

UTRGV will start up basketball in November and do not play football, so Conque has taken this time to learn from what other athletic departments are doing around the country. He says it’s been interesting to see how different institutions are making decisions.

He says his team definitely wants to learn from others. They want to see the flow of fans, how concessions are being handled. But he recognizes it may not be the same as their current situation. He says that each week that goes by means they are able to fine-tune their plan, and part of that plan is to seek out new forms of revenue. He says he sees special opportunities in the digital space as they work with their corporate sponsors.

“Our teams worked very closely with our corporate partners. And you talk about what are the different assets, and you talk about the digital platform and the virtual space and social media. It could mean shifting an asset to social media, we are truly soliciting new partnerships for that space. But what’s really neat is that, uh, our, our corporate partners have not left us. They’ve been with us and they’ve stuck with us. And, and of course, we all hope for better days ahead.”

He closed by saying the one message he’s driving home to fans, alumni, student-athletes, everyone is that they are playing the long game. Chasse Conqu explains they want to play the long game because they truly believe in their university and in their model.

“We nearly hit 33,000 students here at UTRGV. Our enrollment is up 12% this fall. There’s a lot of positive things. Our funding model is solid here. And so really focusing on the, on the long game and making sure that we’re putting ourselves in a position to be successful. We’re going to get through this. And I think we’ll look back and reflect and say, we’re very proud of how we handled it.”