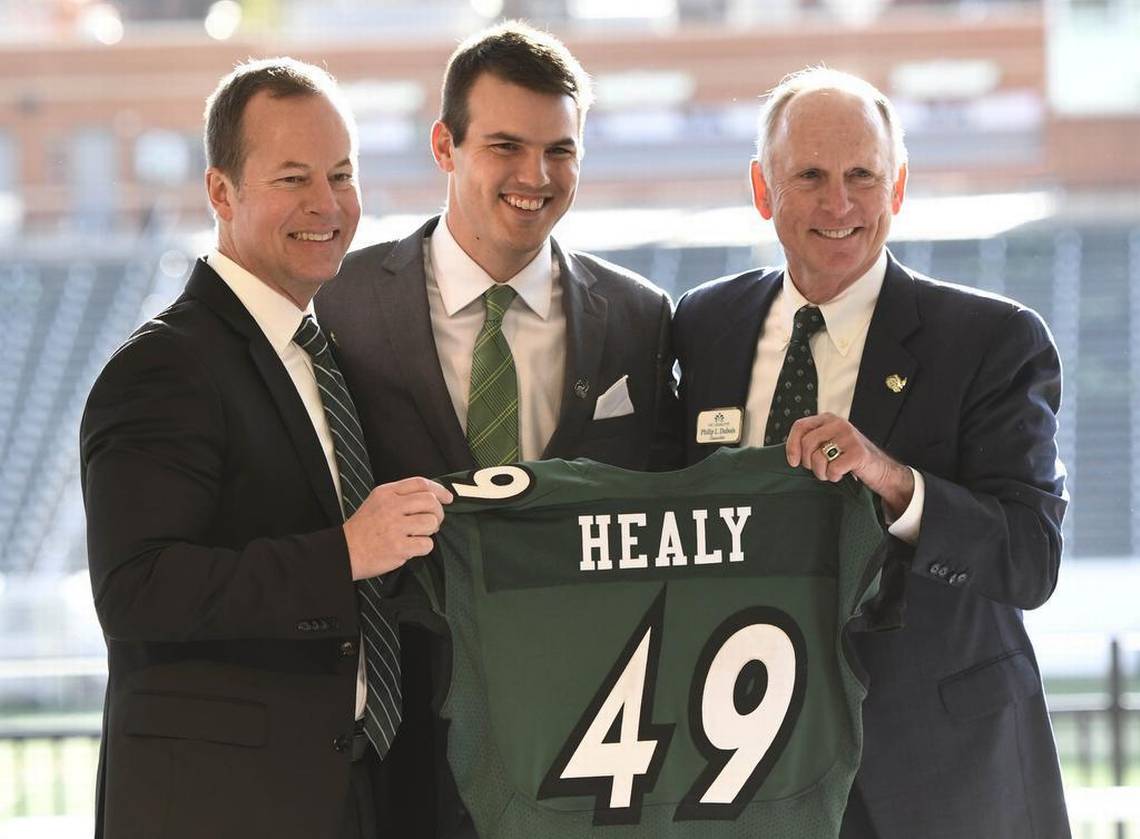 “I’m really proud of the culture that we have on this campus. We have a tremendous chancellor and board of trustees who have supported these hirings and these decisions over the last. 2 years since I arrived here. You can’t get things done without alignment from your leadership on campus.”– Mike Hill

Charlotte Athletic Director Mike Hill, and football coach Will Healy will be with the university for the next few years. The two men received contract extensions. Hill’s new contract will have him with the 49ers until June of 2025, they added a 5th year to his 4-year contract. Healy will now be with the 49ers until January 2026, adding two years to his original 5-year contract.

Hill tells CollegeAD the leadership on campus is the reason they can attract and hold on to talent like Healy and basketball coach Ron Sanchez.

“The leadership and support on campus is not something that’s on every university campus. But having it here has allowed us to attract people like Coach Healy and Ron Sanchez. They recognize we are trying to build something special here.”

Healy is receiving a $55,000 raise, increasing his annual salary to $755,000. He’s also receiving 20% of any net increase in ticket sales for football games and a $500,000 bonus if the 49ers win a total of 21 regular-season games over the next three seasons. Healy was also offered a $100,000 signing bonus, but asked for that money to be allocated into a pool for his assistant coaches. Hill says he appreciates all of his coach’s efforts to raise the level of competition at the university.

“The buzz that Will Healy and Ron Sanchez have created about Charlotte Athletics, in just two years, is phenomenal. The city of Charlotte is taking notice of our programs because of those men and the work of their staffs and student-athletes.”

The new contract isn’t the only show of faith the university is showing in athletics. Mike Hill tells CollegeAD that new facilities and a master plan are already on taking shape.

“We committed to Coach Healy and renovation/expansion of the football locker room and we already have a 7-figure donor secured for that project. In general, we have been working for a while now on a facilities master vision. That will span the next 10 to 12 years of impact on our campus.”

The 49ers’ football locker room will be expanded and renovated. A donor has already committed $1 million to the project, which will likely cost about $1.3 million and is targeted to be completed over the summer.

Hill says it’s all part of the bright future for Charlotte Athletics.

“We have a beautiful campus here, even though we are a university that’s located in a metropolitan market, it a traditional looking campus with green space and red brick everywhere. It’s the fastest-growing university in the entire North Carolina system of 17 schools, in fact UNC Charlotte will be the largest school in the state with in the next 5 years. We are going to build an athletics program to match the vision for this institution.”