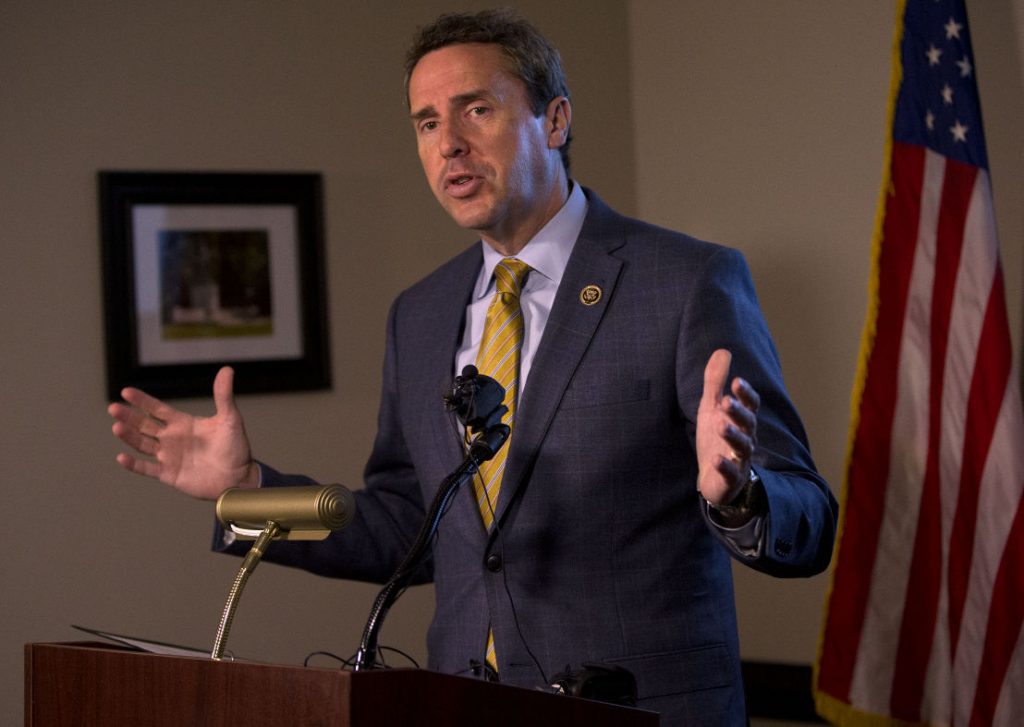 “I’ve been taking note of this since the early 90s with the fab five, Juwan Howard, Chris Webber, Jalen Rose, Jimmy King, and Ray Jackson, they were taking the college world by storm, on the cover of Sports Illustrated. But they didn’t see any of that, while two of them I named, had a coach Steve Fisher that earned a multimillion-dollar contract.” – U.S. Representative Mark Walker (R-N.C.)

U.S. Representative Mark Walker has long noticed what he considers an unfair practice in college sports. In March of this year, he introduced the Student-Athlete Equity Act, bipartisan legislation that would amend the definition of a qualified amateur sports organization in the tax code to remove the restriction on student-athletes using or being compensated for use of their name, image, and likeness.

“I started work towards this about two years ago. I wanted to resolve what I felt was an injustice,” he says.

One of his goals was to get the NCAA to respond and change its current model. Last week the NCAA made an announcement that could represent a seismic shift in collegiate athletics. The body’s Board of Governors voted unanimously to begin a “modernization” that would pave the way for student-athletes to earn money from the use of their name, image, and likeness.

“I’m very skeptical, the reason why is this is not an issue that’s surfaced in the last month or two, we’ve heard promises from the NCAA on this for years and each time they were all for solutions. So, when I began reading through what the NCAA released, I was looking for two things, the when and the how”

Walker explains to CollegeAD, the ‘when” seems to be January of 2021, but the ‘how’ seems diluted. The NCAA’s working group will continue to gather feedback through April on how best to respond to the state and federal legislative environment and to refine its recommendations on the principles and regulatory framework.

“There’s a lot of gray area there and nothing concrete. We feel like it’s still important to stay on top of this on a federal level.”

“Anytime you have people in our society, in this case, student-athletes, that are being banned from the free market unlike any other student or any other American. I believe that ultimately as a Congressmen I have to look at this. I think you can make a case this is a civil rights issue.”

Walker also believes this issue cannot be resolved state by state. He believes it would impact recruiting practices and the fact that the NCAA is a national governor board.

“I believe you have to have a blanket policy across the board to make sure everyone is playing the same game.

He tells CollegeAD that he would be willing to pull his bill, the Student-Athlete Equity Act, from committee if he saw real change from the NCAA.

Walker says if the NCAA has rules in place along a reasonable timeline, by say the fall of 2022, he would pull his bill. However, he says he doesn’t necessarily trust he will see change that quickly.

“Based on track record, I’m not sure what the NCAA is going to bring to the table. Our legislation is not asking for the university or the NCAA to pay these young adults a single dollar. All we are saying is they not prevent them from profiting off of their own name, image, and likeness.”

Walker hopes the Student-Athlete Equity Act, which is co-sponsored by U.S. Representative Cedric Richmond (D-La.), will serve as leverage to get the NCAA to act on the issue further.

“Because it’s bipartisan, you would think it has a greater chance of going through, even going into this presidential [election] crazy year.”