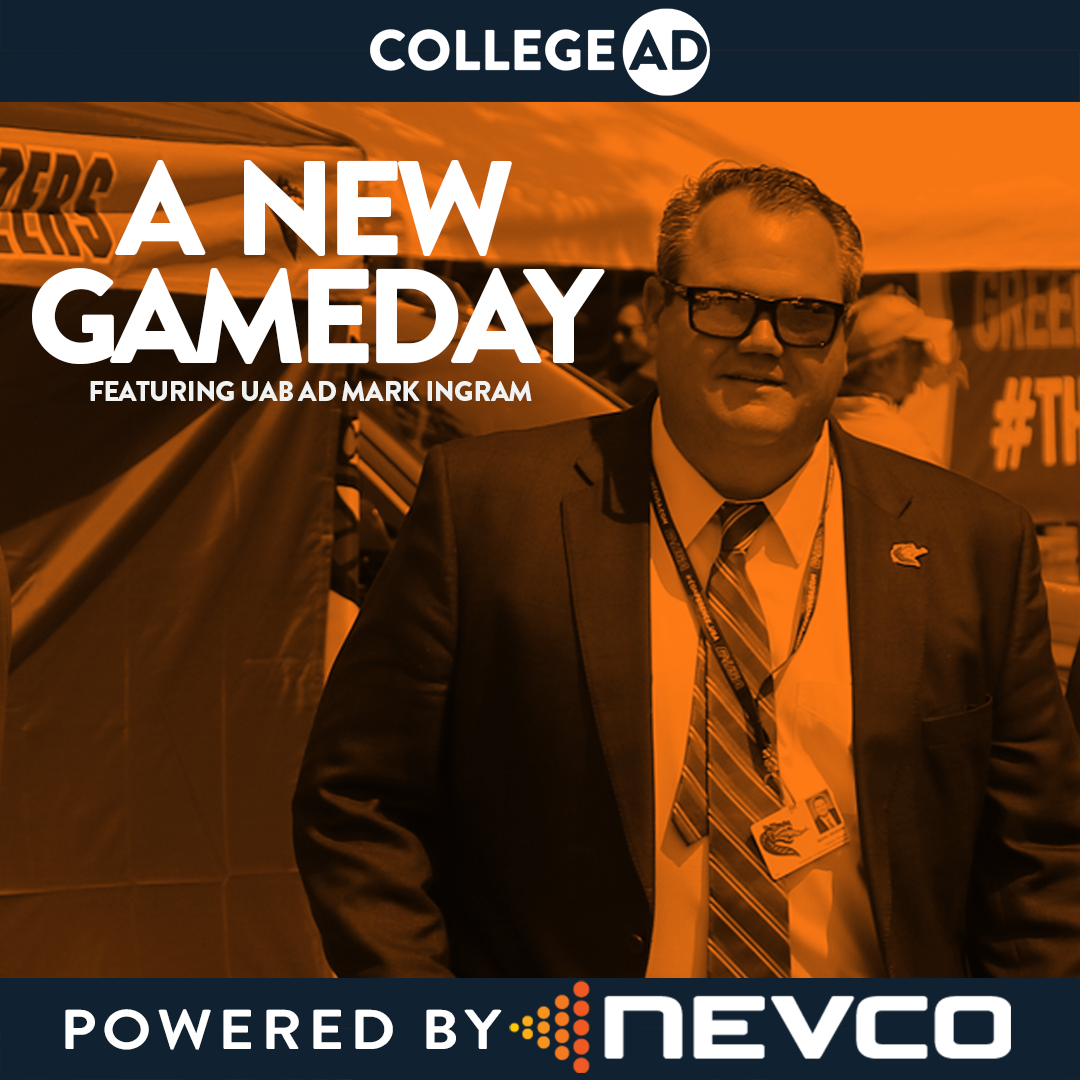 Mark Ingram was named the University of Alabama at Birmingham’s Director of Athletics on May 1, 2015, and is in his sixth year at the helm of the Blazer Athletic Department. He joins us today to talk about the challenging summer and communicating his message.

He started the conversation by saying that things are going well in Birmingham, their fall sports have kicked off including, volleyball, men’s and women’s soccer, and men’s and women’s cross-country. Mark Ingram then described what happened from his perspective back in March.

“I was in Frisco, Texas at our basketball tournament when we ended our tournament. Two of our women’s teams were warming up; getting ready for a game. We had to pull them off the court. and then explain what was going on that the tournament had ended. That was upsetting in and of itself.”

Ingram says it didn’t take them long to realize that canceling March Madness was just the beginning. He says he realized he would have to develop a strategy of how his team was going to communicate for the next few months. He explained that his senior staff met once a week through Zoom calls. He started having administration talk with coaches once a day and head coach meetings once a month.

“We normally take the summer off on that, but we did it through the summer because it was virtual and we felt like everybody needed to stay plugged in. Then of course, it filtered down to the coaches, communicating with their teams.”

Plans were put in place to also meet with student-athletes during that time. Mark Ingram explains it wasn’t mandatory, but he knew the students had more to deal with than just navigating the pandemic.

“We also had to layer in a lot of the social justice information after the murder of George Floyd. We were doing things that were not COVID-related. We were having large group conversations, again, having to do it virtually, but with our staff and our student-athletes, addressing a new issue of concern altogether.”

It wasn’t only the coaches and student-athletes that Ingram was concerned about communicating with, he knew the fan base and donors would be in search of information as well. He says they hosted Zoom events, one with basketball coach Andy Kennedy. They handpicked donor groups to meet with Kennedy via Zoom. He said the interviews weren’t strictly all about their sports, he wanted to convey how everyone was doing and stay as transparent as they could. They also used the time to promote their programs as a whole.

“We did not stop asking for money, but we did implement a strategy to call our donors and just say, ‘hello’ not call them and ask for money. Check on them. We have a great development staff here and they did a terrific job with that. Ultimately what it yielded was that we’ve been able to maintain our giving level from last year to the current year.”

Coming back to October, Mark Ingram says UAB took the field against Arkansas in their most recent football match up. He says the world-class medical research institution at UAB gives them health-related advice at their fingertips.

“The basics are no tailgating. And our fans were great about it. Also, we intentionally created empty seats for social distancing and we did have people trying to get past the usher and ‘upgrade’ their seats but not too many. Please don’t upgrade your own seats. Wear your mask and no tailgating. This is all an effort that we have to be in together.”

Ingram says they’ve been fortunate to schedule a full home schedule. He says they are still able to do some sponsor recognition on the field. However, they did lose some opportunities when they called off tailgating, but he has noticed other opportunities present themselves and they are looking at all options.

Ingram closed the conversation by saying the one message he’s driving home to fans, coaches, donors, and student-athletes is to stay positive. He believes staying positive is a key to success.

“Over the summer, it was easy to get down. You got friends and neighbors losing their jobs. We sadly had to furlough 22 people for about two and a half months through the summer. It’s hard on everybody. It’s easy to get down easy to get depressed and so I’m constantly saying, you got to stay positive. Also, you cannot let your guard down. That’s our message to our staff and student-athletes now. I can tell you we’ve run about 9,000 tests and we’ve only had 25 positives. We’ve done a great job. We can always be better; it’s going to take everybody working together and continuing to use these protocols.”