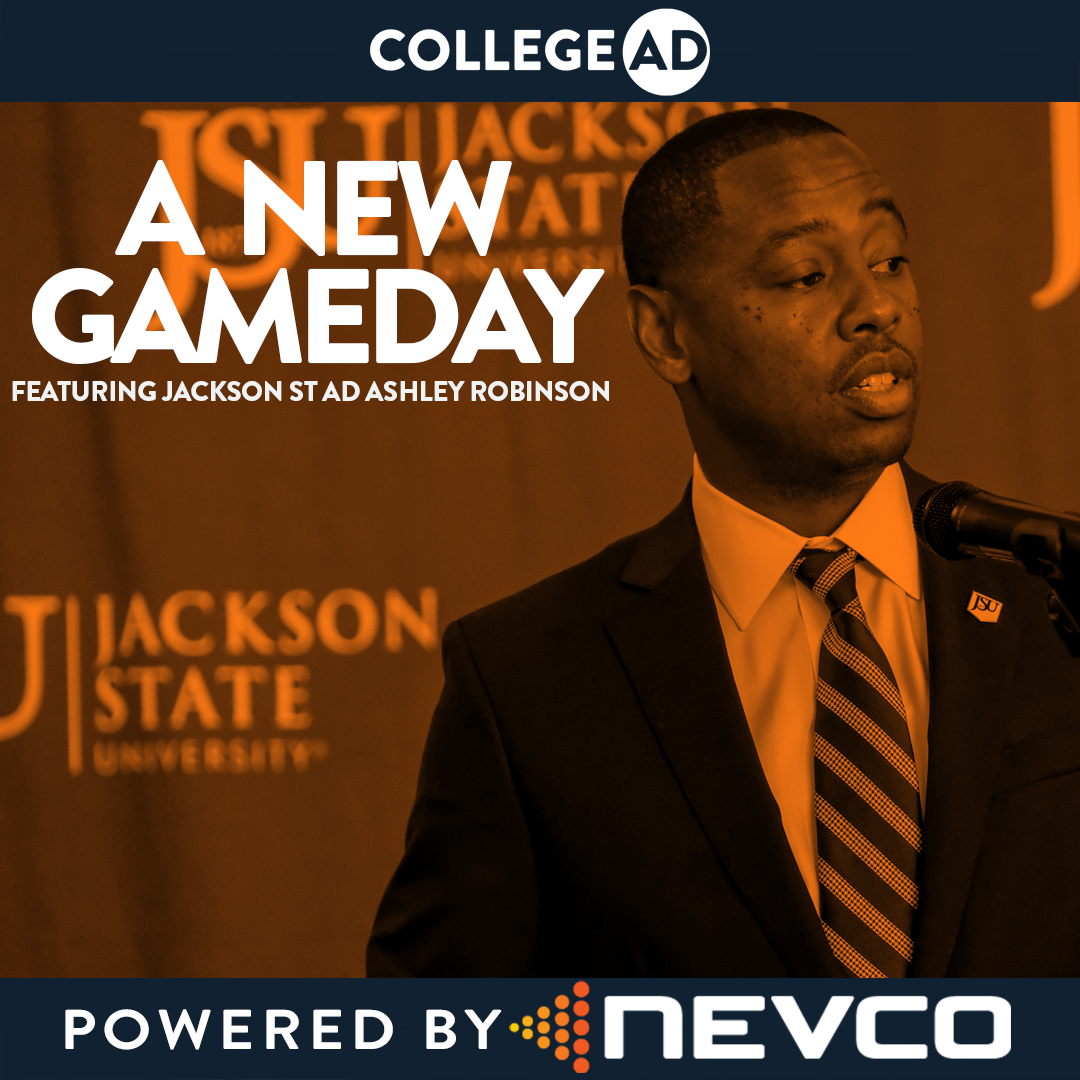 He started the conversation by saying it’s “prime time” at Jackson State University, making reference to their new big-name football coach Deion Sanders. He explained they are engaging their student-athletes and still focusing on the student-athlete experience at JSU. Robinson said, despite the pandemic, they had some high points during last spring.

Snacks, JSU basketball team manager, made a shot during a game that went viral, gaining notoriety for Jackson State. Ashley Robinson said that the young man is now going for his master’s degree, and the attention the viral video gave the university came at an important time. It let the athletic department focus on social media leading into the pandemic.

“We had to make sure we were still communicating; we used our social media notoriety for sports media. Then I just told our team we had to do a really good job of getting that message out via social media. We also stayed in touch with community leaders, donors, as well as student-athletes. We stayed engaged with them. You have to keep in communication with those top people to make sure that things are done well and make sure that people are up-to-date on what’s going on in athletics.”

Robinson said the change to virtual life was a challenge, but he sees the value in this type of communication.

“There are some of the things that we are going to use moving forward. Those Zoom calls and Google Meets, I think worked very, very well because I’m a big fan of not bothering coaches during their season. You need to try to make sure that they have that time with their student-athletes. And I like to put everything in place in June and July. And then when the season starts, we don’t try to bother the coaches unless it’s an emergency. We got great feedback from my coaches and our student-athletes as well.”

Robinson explained that they were careful to keep in contact with JSU’s passionate fanbase.

The fans had a big reason to want to stay on top of the changes at JSU. Ashley Robinson brought on Hall-of-Famer, Deion Sanders, as head football coach.

But Sanders’ success on the field wasn’t the main reason he was brought on as head coach.

“The football piece, I was not really concerned about that, obviously, he knows the game. When you are looking for a football coach, it’s more than about football, it’s that overall person. I call him the CEO of the program, each head coach is the CEO of their program because you have more to worry about than just your sport. There’s also the media piece, and one thing I can say about Coach Prime from that first conversation, he did his homework. He knew everything about Jackson State. He knew about the four Hall-of-Famers. He knew about how many players were drafted to the NFL. He knew we had a rich, rich tradition, we have a tradition that a lot of HBCUs don’t have. Coach Prime, I look at this as one of the biggest hires in the country.”

He says hiring Coach Prime also lent itself to specialized marketing. Coach was introduced on September 21, 21 is the number he wore throughout his professional career.

He believes the hire sends a bigger message than just impacting their football program. Ashley Robinson sees Deion Sanders as a message to the community that JSU takes its legacy seriously.

Even with the big-name hire, Ashley Robinson admits there are still major challenges around this season. Revenue has taken a hit because of the pandemic and they’ve had to be creative when working with JSU’s partners.

“Our partners have worked with us very well, and then we meet weekly as well. The meetings have picked up since we made the announcement, but we have great partners here in the city of Jackson and the state of Mississippi. They’re really about the community and they’re looking at their growth. We have big supporters as well, our partners really want to support Jackson State University.”

He says their digital footprint has also increased as they incorporate new forms of media to work with their partners.

“There are opportunities that have presented themselves in a digital space that maybe weren’t there before. Our digital communication really increased and we learned to vary the message.  You want them to watch and support the athletes, we brought in live streaming if something is not on ESPN. We signed with BlueFrame, which is online streaming technology. We signed with Opendorse with our sports student-athletes, something to increase their visibility as well. But the digital piece has been very, very popular and a lot of our partners are really taking advantage of the digital piece.”

He closed the conversation by explaining the one message he has for coaches, student-athletes, fans, and alumni, as they gear up for the season.

“The first message is safety. Of course, everybody wants to talk about revenue. We want to talk about why we’re not playing, but you know, safety is the number one thing I talk about; making sure that we do everything to make sure we’re safe first. That’s protecting my student-athletes. We put a lot of emphasis on safety in the way we do things in the training room, the way we enter buildings away, we go to the weight room.”

The second part of his main message to the JSU family is about support.

“The second thing is, I don’t care if we have a season or don’t have a season, I encourage every alumni to purchase season tickets and make that donation to your program. This just shows the passion that you have for the university and your program. This will be a time that we all come together. We put some things together during the pandemic, we have a COVID-19 relief fund. We asked 10,000 alums to give $250. About a $2.5 Million Revenue stream to support our student-athletes. We’ve made some great strides. I have a great staff. We have great leadership. Now’s the time that we come together to support the university.”