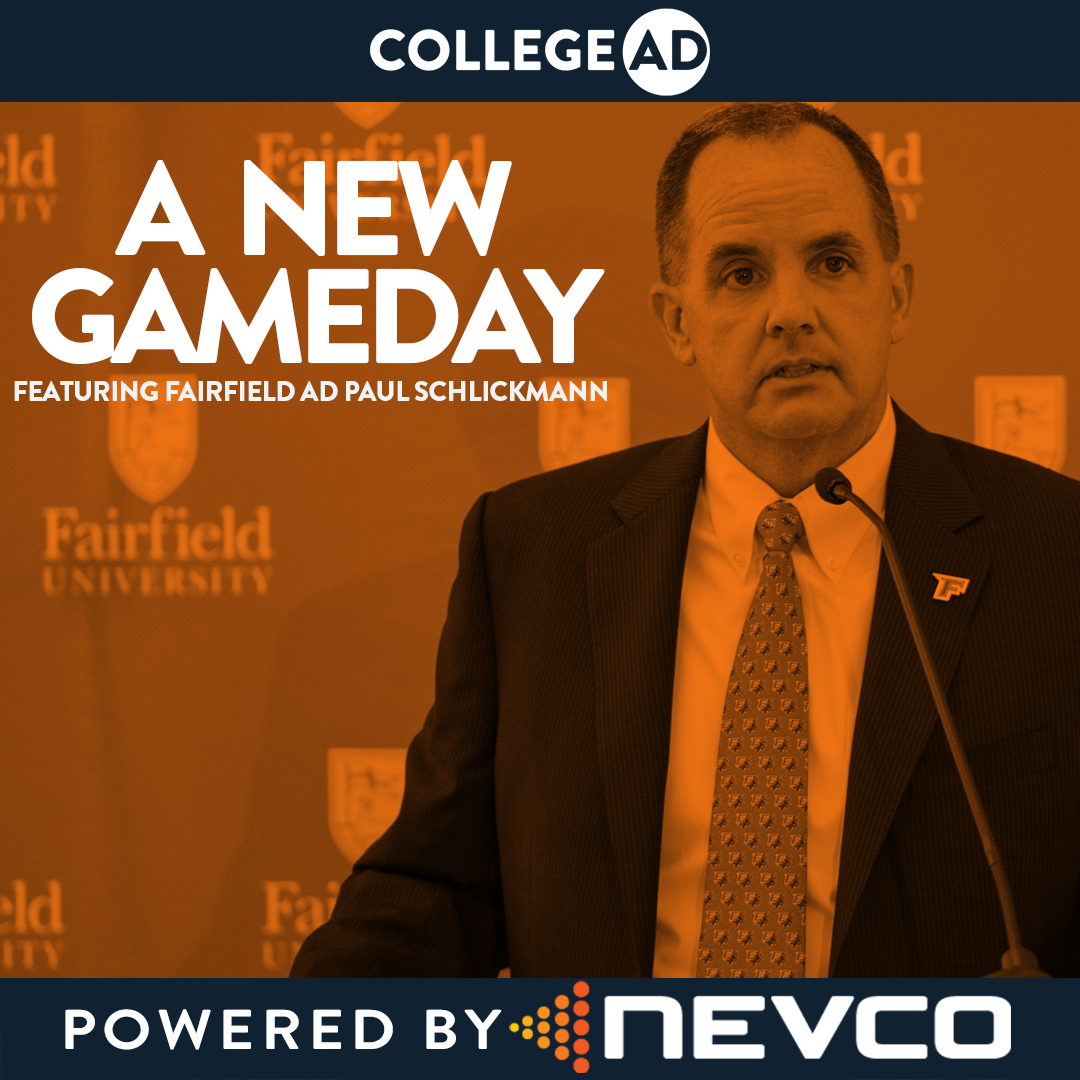 Paul Schlickmann has been the Director of Athletics at Fairfield University since the summer of 2017. He joins us to talk about communication during the pandemic, being about to pivot, and sticking to his core mission.

He started the conversation by saying everyone at Fairfield is doing well under the circumstances, but the entire process of running an Athletics Depart in a pandemic has presented challenges. He said, back in March they were at the basketball championship in Atlantic City, which had to be cut short.

“I don’t think any of us thought we would still be in this situation. As acute as it is dealing with all the complexities and, and trying to get over the hurdles and the challenges that we face, but nonetheless we are. “

Paul Schlickmann says his team was able to pivot and adapt. A task force was established which helped them thrive during the last few months, especially in the area of communication.

“Communication is always important when you talk about leadership. The need for communication has become exacerbated by virtue of the circumstances we face.”

He says they had to double down on communication and increase the frequency and efficiency of their communications with everyone. That meant learning new technologies like Zoom and coming up with better ways for communication to flow from his office.

“I felt a great responsibility to be a university leader and take part in the task force and open communication from that perspective.”

Schlickmann says it was a difficult space to operate in, especially not having face-to-face conversations with student-athletes. His team had to come up with an effective way to communicate with students, coaches, fans, and sponsors. He estimates he spends 90% of his day on communications in one form or another.

“The, the more you can provide up-to-date information in a very consistent, succinct manner, I think has just been key. And that’s been my focus almost every minute of every day, trying to make sure that we’re doing a good job of that.”

As for the actual protocols that will impact game days, Paul Schlickmann says they will have their first chance to test everything with the coming basketball season.

“We’ve all had to make facility adjustments, some infrastructure adjustments in order to be prepared for the complexities and nuances of the health and safety protocols that we all have to fall to try and tee our teams up for success.”

He says his team feels “very prepared” and he credits their conference, MAAC, for helping to create solid plans and protocols. He says normally they play at two different venues, Webster Bank Arena and Alumni Hall on campus. This year they will only play on campus. He and his team are busy spacing out benches, locker rooms, figuring out the media situation, and more.

“I feel like we’re in a good spot. We’re ready to test run it, but it’s unlike anything any of us have ever had to prepare for.”

Schlickmann explains there was a domino effect on what happened during March Madness. It led to revenue and distribution shortfalls. He feels that has caused them to think creatively about different revenue opportunities.

“One of the obvious hits on the revenue side is, for the time being, we are going to be playing without fans. So that’s, that’s an immediate revenue hit to all of us. How do we try and make that up? I think it’s a combination of developing new ideas as an offshoot. On the basketball side, we are doing fan cutouts, like a lot of schools are, and trying to generate a little bit of revenue there, asking for the support of our season ticket holders, regardless of whether we are able to accommodate them in our home or not.”

He also says they are trying to maintain continuity with staple events that have been good for fundraising in the past. They just hosted their annual golf outing, which was delayed twice because of COVID restrictions. He says they had to tweak the format, but the golf outing was a success. They are also doing a virtual wine tasting event.

“We tried to double down on, on the value that we thought Fairfield brought to the table and to our constituents, to our students. And it paid off. We actually had a record-setting fundraising year last year. Our alumni and our donors have been spectacular. They have great passion, loyalty, and a great sense of obligation and support of Fairfield.”

To close the conversation, Paul Schlickmann discussed the one message he’s trying to drive home to his student-athletes, coaches, staff, fans, and partners. He says he’s taking the lead from Dr. Mark Nemec who has stressed being adaptable and sticking to the core values of their mission.